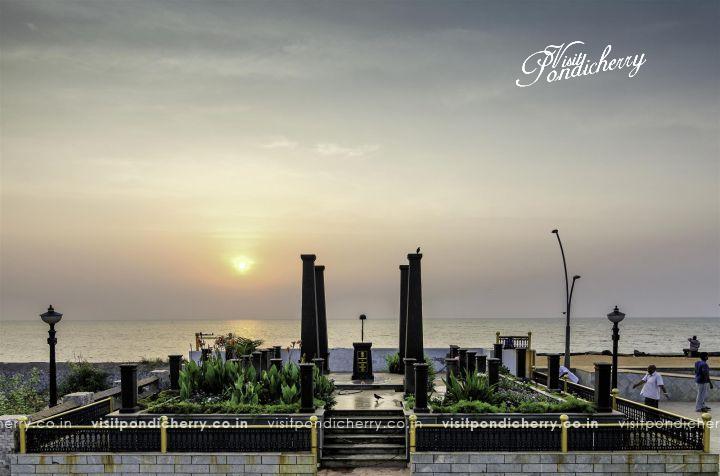 The Kargil War Memorial on the Beach Road was built by the Government, in remembrance of a war which was far from conventional or even widely spread, but yet claimed the lives of 527 of India's bravest soldiers.

The Kargil War was an armed conflict between India and Pakistan that took place between May and July 1999 in the Kargil district of Kashmir and elsewhere along the Line of Control (LOC). The conflict is also referred to as Operation Vijay (Victory in Hindi) which was the name of the Indian operation to clear the Kargil sector.

The cause of the war was the infiltration of Pakistani soldiers and Kashmiri militants into positions on the Indian side of the LOC, which serves as the de facto border between the two states. During the initial stages of the war, Pakistan blamed the fighting entirely on independent Kashmiri insurgents, but documents left behind by casualties and later statements by Pakistans Prime Minister and Chief of Army Staff showed involvement of Pakistani paramilitary forces, led by General Ashraf Rashid. The Indian Army, later on supported by the Indian Air Force, recaptured a majority of the positions on the Indian side of the LOC infiltrated by the Pakistani troops and militants. With international diplomatic opposition, the Pakistani forces withdrew from the remaining Indian positions along the LOC.

The war is one of the most recent examples of high altitude warfare in mountainous terrain, which posed significant logistical problems for the combating sides. To date, it is also the only instance of direct, conventional warfare between nuclear states (i.e., those possessing nuclear weapons). India had conducted its first successful test in 1974; Pakistan, which had been developing its nuclear capability in secret since around the same time, conducted its first known tests in 1998, just two weeks after a second series of tests by India.