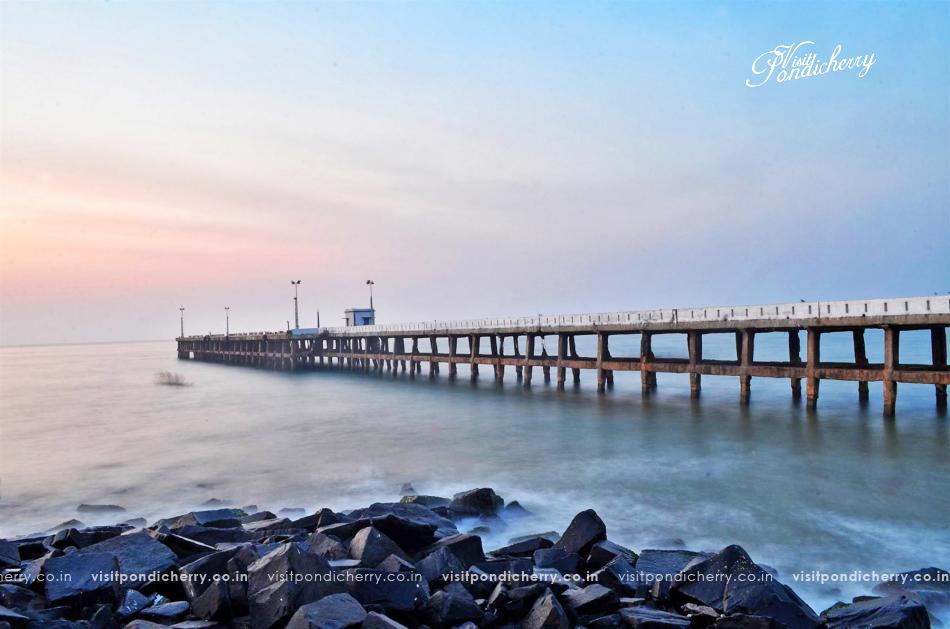 1.5 km long promenade running along the beach is the pride of Puducherry. One can relax or take a stroll at any time of the day, though the best time would be early in the mornings and late evenings when the road is closed to vehicular traffic. This ensures that kids can run amok and people can enjoy the ambience without pollution and fear of speeding vehicles. Residents and tourists alike use the promenade for walking, jogging, skating and yoga as well.

While the sea is a draw for tourists, Pondicherry no longer has the sandy beaches that once graced its coastline. The breakwater to the harbour and other hard structures constructed on the shore caused extreme coastal erosion and the sand from Pondicherry's Promenade Beach was permitted to disappear entirely. As a result of the city's seawall and groyne construction, the beaches further up the coast to the north have also been lost. An enormous deposition of sand has accrued to the south of the harbour breakwater, but this is not a commodious beach and is not easily accessible from the city.

But recently, the government has been taking steps by constructing a reef and re-dosing sand. The sea is accessible by a small patch of land at the Promenade Beach (Goubert Avenue). Moreover, the beach is one of the cleanest in India and has been selected for Blue Flag certification.