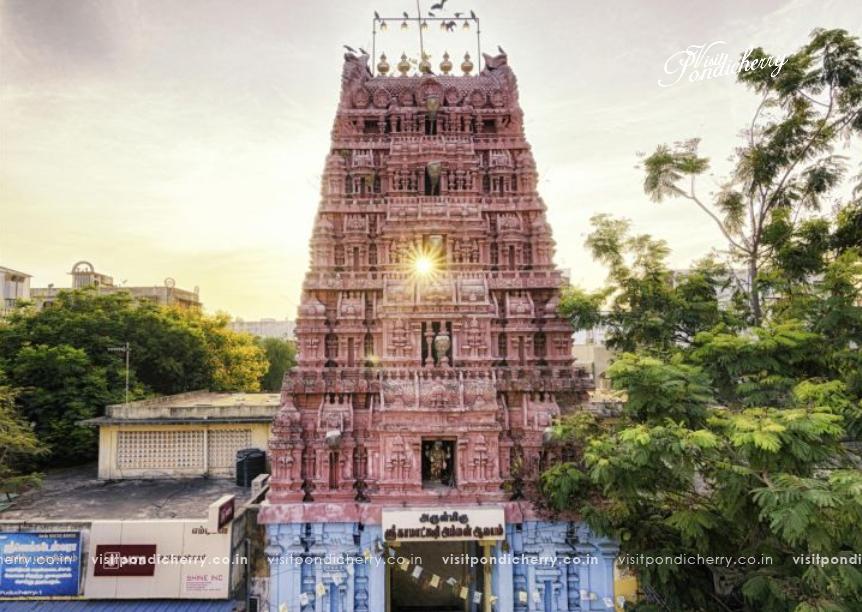 The Kamakshi Amman Temple is situated in the Bharathi Street of Pondicherry and is an important Pondicherry pilgrimage spot. The singularity of the temple lies in the unembellished form of the temple structure. The place of worship is frequently visited by the tourists and the local people who arrive in the temple to offer their prayers to the temple deity.

The temple is devoted to the worship of Goddess Durga who is representative deity of war. The temple is decorated in the interiors on occasions when special prayers are offered to the Goddess. However, the exterior walls of the temple are dark and rust in color. The architecture of the temple is deprived of the furnishings that are present in the other temples of the region. The temple withstood the atrocities of time and still stands in its magnificence in the region of Pondicherry. With time, the ancient temple has been further deprived of its initial luster and sheen. Although bereft of any ornamentation, the temple never lacks the devotees and pilgrims who gather in large number every year to offer their prayers to the goddess.

The austere Kamatchiamman Temple is one of the chief tourists attraction of the territory of Pondicherry although the temple is different from most of the other temples of South India. On the festive days, the temple is flocked by pilgrims who arrive from the different parts of the region and from all corners of the country to participate in the celebrations and to seek the blessings of the Goddess Durga.