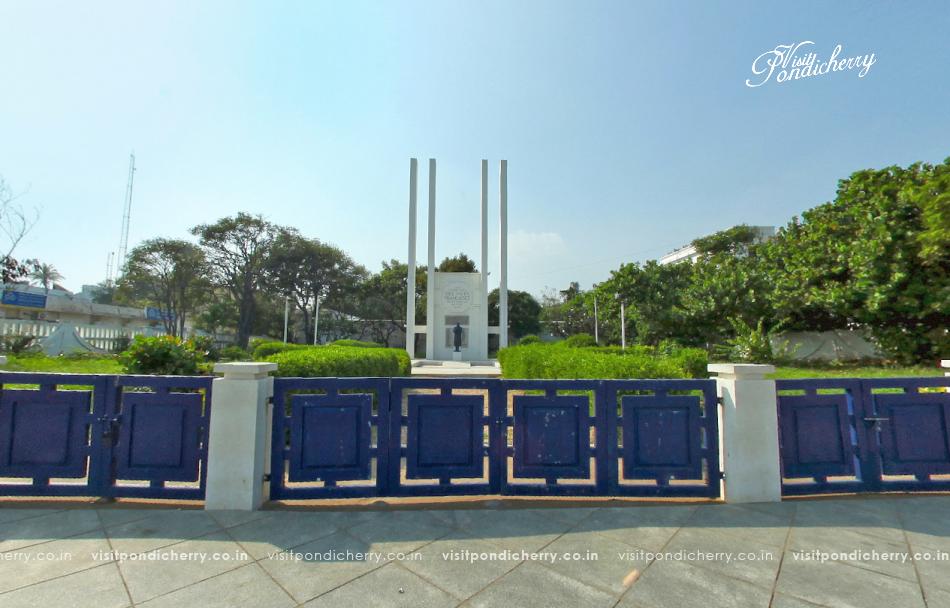 The monument was erected in 1937 and inaugurated on 3 April 1938 by governor Crocicchia.  A subsidy of 5,000 rupees was entered into the colonial budget and was granted "to the committee designated by the decree of 14 January 1936, for the erection of a monument to the memory of the inhabitants of French India who died for France during the 1914-1918 war." It was designed by the sculptor Gaston Petit and an architect named Delafon.

The memorial is decorated and illuminated yearly on Bastille Day (14 July) in honour of the soldiers from the colony who took part in World War One. French government officials visit the memorial on occasion and lay flowers at the foot of the monument.  A "Defense and Citizenship Day" is held every November, offering students from the Lycée français de Pondicherry and other local schools the chance to attend presentations on the rights and duties of French citizen followed by presentations on national defense. They then attend a ceremony at the memorial on 11 November to honour the end of the First World War.