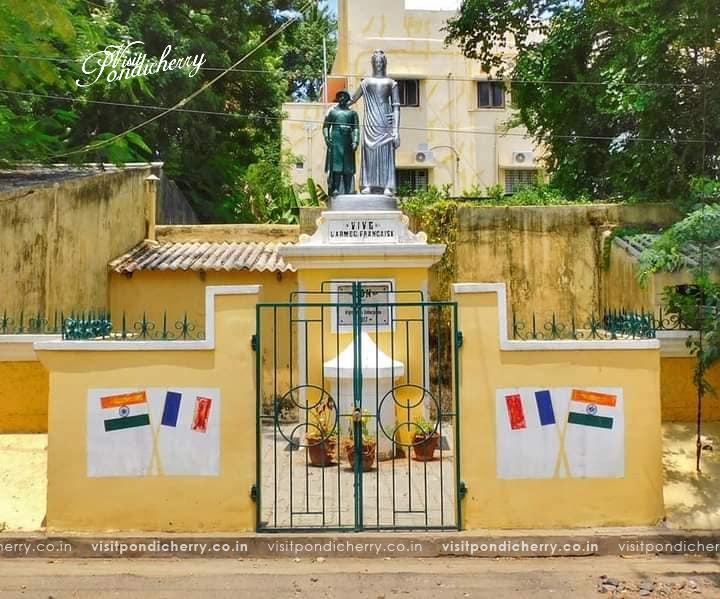 The monument here above is located in Reddipalayam, Pondicherry. This was built in 1917,  dedicated to the soldiers who participated in the first world war ( 1914 - 1918).
During the French rule, Saigon was the capital of Indochina. About 3000 soldiers from Pondicherry were working in the french army in Indochina. Many of them are originally from Reddipalayam.
This memorial was donated by the people from Saigon. Today most of them settled in Saigon and in France.

Captain François Marius Xavier was an officer of french colonial infantry, born in Reddipalayam.
(A street named after him).