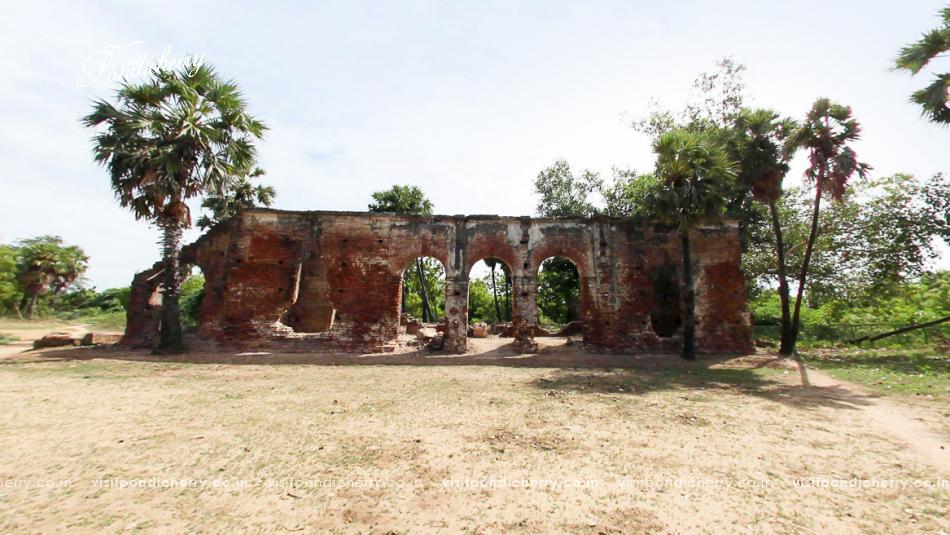 Arikamedu is an archaeological site in Southern India, in Kakkayanthope, Ariyankuppam Commune, Puducherry. It is 4 kilometres (2.5 mi) from the capital, Pondicherry of the Indian territory of Puducherry.

Sir Mortimer Wheeler 1945, and Jean-Marie Casal conducted archaeological excavations there in 1947–1950. The site was identified as the port of Podouke, known as an "emporium" in the Periplus of the Erythraean Sea and Ptolemy. Digs have found Amphorae, Arretine ware, Roman lamps, glassware, glass and stone beads, and gems at the site. Based on these excavations, Wheeler concluded that the Arikamedu was a Greek (Yavana) trading post that traded with Rome, starting during the reign of Augustus Caesar, and lasted about two hundred years—from the late first century BCE to the first and second centuries CE. Subsequent investigation by Vimala Begley from 1989 to 1992 modified this assessment, and now place the period of settlement from the 2nd century BCE to the 8th century CE.

Significant findings at Arikamedu include numerous Indo-Pacific beads, which facilitated fixing the period of its origin. Red and black ceramics—known as megalithic stones or Pandukal in Tamil meaning "old stones" and used to mark graves—have existed at the site even prior to dates of the trading post, and also in later periods.

Entrance to the Arikamedu site
Arikamedu is a coastal fishing village, under the Ariankuppam Panchayat, on the southeastern coast of India, 4 kilometres (2.5 mi) from Pondicherry, on the Pondicherry-Cuddalore road; it was originally a French colonial town. It is located on the bank of the Ariyankuppam River (for most part of the year the river is considered a lagoon), also known as Virampattinam River, which forms the northern outlet of the Gingee River as it joins the Bay of Bengal. As the site is located at the bend of the river it provides protection to sea-going vessels that dock there. The site has been subject to extensive archaeological excavations. The archaeological site is spread over an area of 34.57 acres (13.99 ha) and has been under the control of the Archaeological Survey of India since 1982.