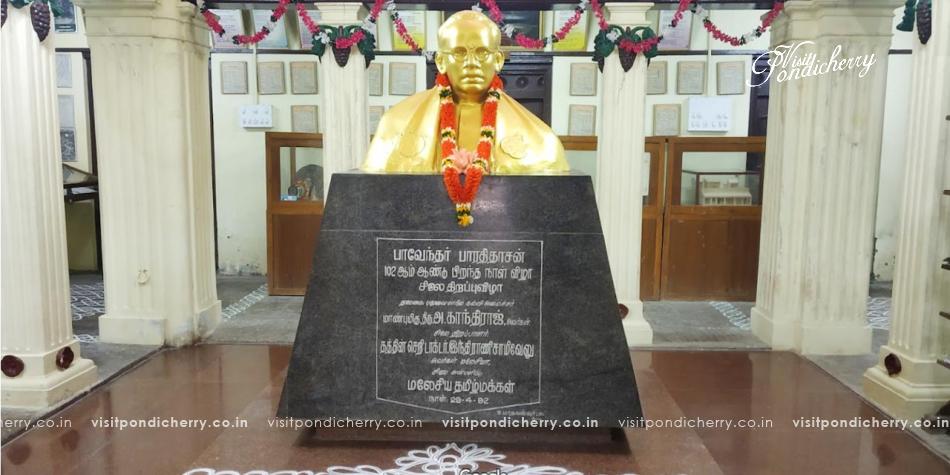 The Bharathidasan Museum, on No. 95 Perumal Koil Street, is the former house of the Pondicherry - born poet and playwright - Bharathidasan (1891–1960) (meaning "Disciple of Bharathi"). Bharathidasan's poems compare with Bharathi's in literary achievement and poetic fervour. He also wrote scripts for films on issues such as Dravidian culture and the rights of women.

Kanagasabai Subburathnam (29 April 1891–21 April 1964) popularly called Bharathidasan, was a 20th-century Tamil poet and writer rationalist whose literary works handled mostly socio-political issues. He was deeply influenced by the Tamil poet Subramania Bharati and named himself as Bharathidasan. His writings served as a catalyst for the growth of the Dravidian movement in Tamil Nadu.[citation needed] In addition to poetry, his views found expression in other forms such as plays, film scripts, short stories and essays. The Government of Puducherry union territory has adopted the song of Invocation to Mother Tamil, written by Bharathidasan as the state song of Puducherry.(Tamil Thai Valthu (Puducherry))