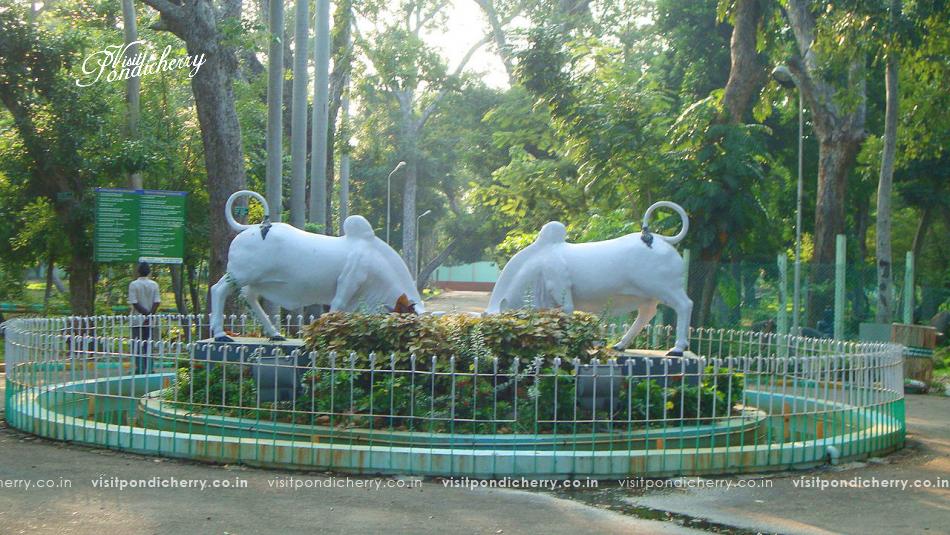 Puducherry Botanical Garden is located south of the New Bus Stand. This tropical resort is flanked by a creek on one side. The Botanical Gardens add great educational and recreational value to Puducherry. The gate leading to the garden is reminiscent of French architecture and it stands out from its immediate surroundings because it is smack in the middle of the old Tamil town. The Botanical Gardens were laid out in 1826 in ornate French style, with pruned trees, beautiful flower beds and gravel lined paths and fountains.

The French introduced many exotic plants from all over the world, many of which thrived. The sprawling 22 acres garden houses more than 1500 species of plants with placards indicating the species, common name and interesting information like the uses of the tree, amount of oxygen generated and its medicinal value; this could well qualify as one of the best botanical gardens in South India. A mix of endangered and exotic species of plants is spread out all over the place. There are 28 plots dividing the Botanical Garden and each has a separate theme.

The garden was started by the French colonists on an experimental basis to analyze the crops that could be cultivated in the region. Later trees were planted here and Perrottet was instrumental in transforming the place into a botanical garden in 1831. His memorial can be seen inside the premises.

In 1960, after the Transfer of Power from the French, the garden became the hub of horticultural development in Pondicherry. The gardens also offers Toy train rides, six fountains one of which is a musical and dancing fountain - active on weekends, with two shows in the evening. It also boasts of a Japanese rock structure and an aquarium.

The timings and the frequency of the shows may vary depending on the season.